Every time Sassoon releases their seasonal collections, the cut, colours, and styles always receive wide attention in the industry. The key person behind all this creativity is Mark Hayes, the International Creative Director of Sassoon. In 1977, when he first became the apprentice in Sasson, his passion for art, music, and design led him to his hairdressing career. Let us explore Mark Hayes’s 40-year love affair with Sassoon.

Stepping into the hairdressing industry seemed to be a part of Mark’s destiny. When he was very young, he was already interested in creating things with his hands such as: playing with clay, origami, building blocks. In his teenage years, he became obsessed with music and art, and David Bowie was his favorite idol. Around that time, Mark found the barbershop he went to had all the elements he loved. People there were listening to cool music and having a cool time creating hairstyles. He set his mind to becoming a hairdresser and embarked on his Sassoon journey- it was the summer of 77.

Mark began his love affair with hair as an apprentice at the busy Sassoon Salon on South Molton Street, London in 1977. Thinking back to the time when he was still an apprentice, and meeting the founder Vidal Sassoon in person, was one of his most impressive moments. Vidal asked to meet all of the London assistants during his trip to the UK, and Mark was one of them. When Vidal arrived, Mark felt like he was meeting a superstar. “I’ll never forget how he came and sat amongst all of us, smiled and said “Ah, now I get to talk to the important people.” Having the boss tell us that we were the most important people was so inspiring, and gave me my first insight into the charisma that Vidal possessed.” Said Mark in the interview. To Mark, this sense of feeling cherished has never gone away.

The time in Sassoon has taken up over two-thirds of Mark’s life. His boss, Vidal Sassoon, has been the person who inspired him the most. “People often ask me whether Vidal said anything significant when I was with him, I always answer that everything that Vidal said was significant!” Mark shows how much he respects Vidal with his words. Even after eight years of Vidal’s passing, Mark still leaves his respectful wishes to his former boss each year for his birthday.

Mark used to go on many business trips with Vidal. He once spent three weeks with Vidal in Australia and New Zealand, being interviewed by media throughout the day. Every day was like a master class for Mark. The politeness, humility and good manners of Vidal were truly unforgettable. “He (Vidal) had the ability to make whoever he was speaking to feel like the most important person in the world.” Said Mark. From the interview, we can feel exactly how sincerely he replied to our questions, showing Vidal’s spirit.

From apprentice, stylist, teacher, UK creative director, to the international creative director, Mark followed his goals and worked very hard all the way. One of his career highlights was being asked to assist at Salon International, the significant hairdressing trade show in the UK. As soon as Mark saw the Sassoon creative team creating fabulous looks and incredible hair on stage, he realized that was what he wanted to become and spent the rest of his apprenticeship working towards becoming a member of the creative team. With strong faith and years of endeavor, Mark eventually became Sassoon International Creative Director in 2005, bringing a new creative soul to the company.

People are probably curious about what is the regular day of the creative director in Sassoon like. Mark gave us an unexpected but interesting answer. “There isn’t a regular working day. As creativity permeates every aspect of Sassoon, my days are as varied as the subject matter that I become involved in.” Sometimes Mark will be working on the newest collection, while others he will be preparing for video and photographic shoots. And last year, he spent most of his time working on the educational platform SASSOON ONLINE, ready to bring ever greater inspiration to hairdressers worldwide.

As International “Creative” Director, Mark needs to have endlessly creative ideas, all the time. Mark explained his way of remaining creative; it is to have external creative stimulus. For example, art galleries and photography have been a major source of inspiration, past and present. Working with the creative team has been another stimulus for him. The team are like a band of hunters, constantly searching for new and interesting approaches.

“A good hairdresser is one that combines technical ability with excellent communication skills. I have thought about this a lot throughout my career and I have come to realize that the most successful hair professionals I have met, embody both disciplines. One, simply doesn’t work, without the other.” To Mark, this is what makes a good hairdresser into a great hairdresser. 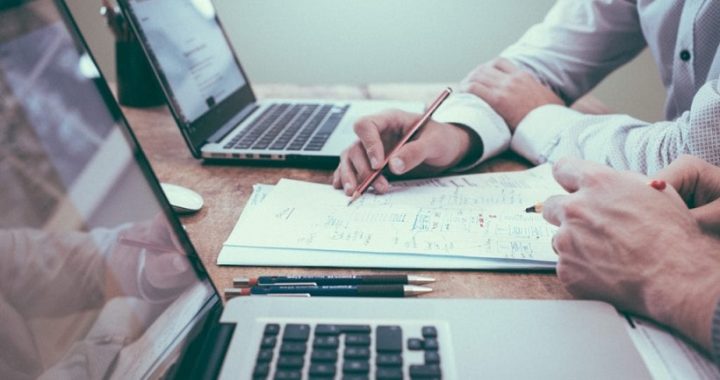 Establishing A Foundation For Your Business 3 min read

Establishing A Foundation For Your Business

You may have missed